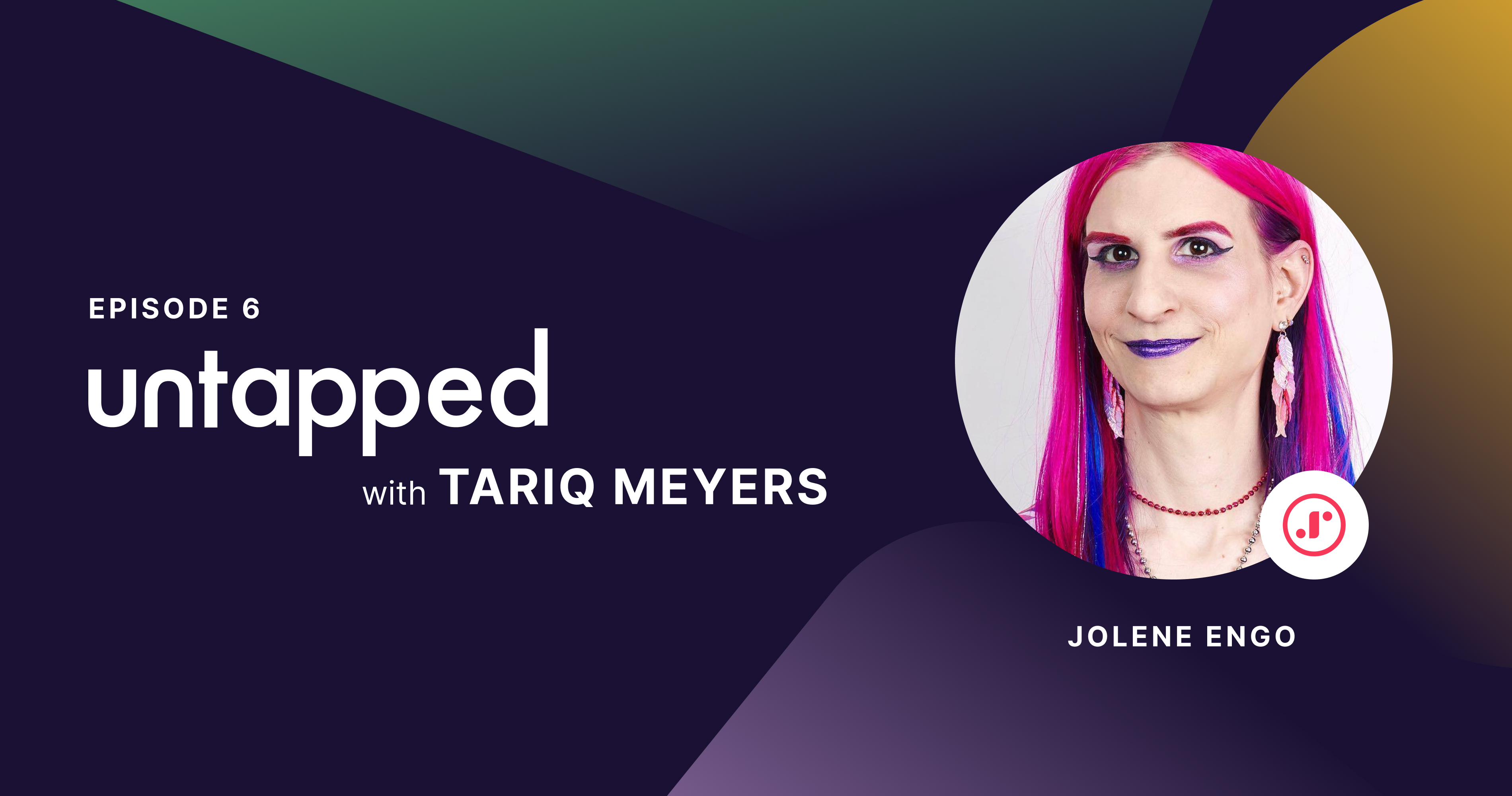 As a trans woman, Jolene Engo, our Director of Devops and Security, has a different perspective on gender politics and bias in the workplace because she has seen it from both sides of the fence. Before transitioning, she regularly observed the good old boy network play out in the tech industry. For example, she confirms that the fabled secret meetings in the men’s room actually do take place—and they are just as detrimental as women imagine they are.

“A lot of times, women don’t even know that those meetings are taking place. A lot of private discussions are happening—not just about what’s going on in the company, but who’s going to get hired and who’s not going to get hired,” she explained."

“And you are talking and gossiping about all the women in the office. A lot of women don’t actually see that because they usually aren’t in the men’s bathroom, but I had been able to see a lot of that prior to my transition.”

Jolene discusses her unique experiences in the latest episode of “Untapped,” where host Tariq Meyers has vital conversations about diversity, equity, and inclusion in the workplace. In this episode, Jolene outlines lessons she learned as a trans woman in tech, as well as ways that organizations can become more inclusive for members of the LGBTQIA+ community.

1. Have policies that address the LGBTQIA+ experience before they’re needed.

When Jolene first came out as a trans woman, the company she worked for was at a loss about how to handle it and actually had to consult with other companies to find out what to do. In the end, the organization made a matter-of-fact announcement letting colleagues know about her new name and pronouns, as well as a new policy that would make anyone who misgendered her subject to termination.

“While it really got the point across, it was very dry and it was very non-welcoming,” she said.

In order to be more welcoming when an employee comes out as trans, or to be inclusive to trans workers in general, Jolene says that companies need to have solid policies in place—long before they need them.

2. Normalize the use of pronouns by all employees

Instead of just addressing the topic of pronouns when someone changes them, Jolene says organizations should make it standard operating procedure for everyone to disclose their pronouns in order to create a welcoming environment. In fact, this should occur before someone is even hired, so prospective employees know right off the bat that the company promotes an environment of inclusion.

“When recruiters are talking to people for the first time, that’s a question they should ask. Whether people are trans or binary or cis, they should still ask about pronouns because then it makes everybody feel welcome and on the same page,” said Jolene.

Although Jolene says that normalizing the use of pronouns is important, she recognizes that sometimes misgendering happens—especially when colleagues are adapting to using new pronouns after first learning someone is trans. However, she says that these mistakes really become a problem when people make a big deal about misgendering someone—thus making the trans colleague feel uncomfortable.

“Just move on quickly. Don’t spend a lot of time on it. Don’t sit there and apologize for 12 minutes,” said Jolene. “Misgendering happens. If you do it the first time because you do genuinely feel bad about it, that’s one thing. But don’t apologize every single time. Don’t make a big deal of it.”

But what Jolene wants to make a big deal of are her hopes for the tech industry that, despite the work that needs to be done to make it more inclusive, everyone will rise to the occasion and meet these challenges—all for the love of tech.

To hear more about Jolene’s experiences as a transgender woman in the tech industry, check out this week’s episode of “Untapped.”

Looking for more insights on how to create a successful DE&I strategy?