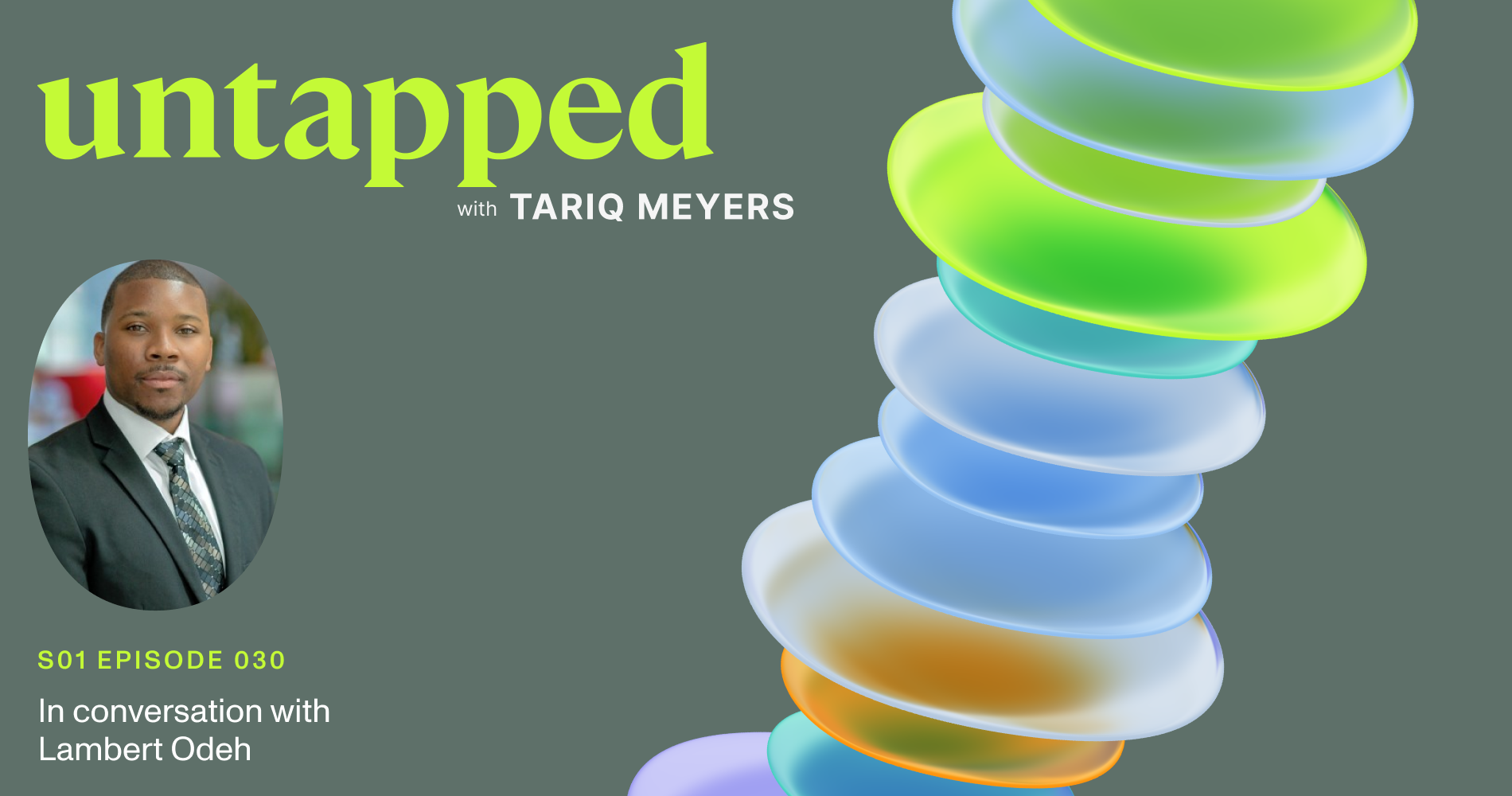 It seems that Lambert Odeh Jr., Diversity, Equity, and Inclusion Manager at Olo, was destined to work in the DEI space and lead employee resource groups. His journey started in eighth grade, after he moved to a new school that, for the first time in his life, made him feel like an “other” among his classmates.

“I always take it back to elementary school. I went to very diverse schools growing up with lots of African Americans, Hispanics, and Asians and honestly, we didn't really have a lot of white students, but we had a lot of white teachers and administrators,” Lambert explained in this week’s episode of the “Untapped” podcast, where host Tariq Meyers has real conversations with professionals who are moving and shaking in the D&I space. “In the eighth grade, I switched to a suburban school and that was the first time in my life feeling like an other. It was just a very different experience—my middle school was maybe 90 percent white and it was just very different. It even got to the point where I was getting in trouble for the first time in my public school career, and then went back to my regular district to complete high school.”

Lambert says that when he went to Tulane University, he again had an experience as an other, which helped to cement his commitment to helping Black people feel welcomed in spaces where they’re not necessarily well-represented. He went on to become involved in employee resource groups to help accomplish this, and found that taking a leadership role came naturally to him. The following are some of the lessons he learned about how to become an effective ERG leader.

How to Become an Effective ERG Leader

Although companies may primarily focus on hiring talent from underrepresented communities, they also need to be concerned with retention because if the employees they attract aren't treated in an inclusive manner, they will go elsewhere quickly. As an ERG leader, it's important to focus on inclusion strategies that will help boost retention, so these new hires become long-term employees.

“I noticed that it wasn't really hard to bring Black candidates into a company, especially if it’s a larger company. The harder part was really keeping them,” Lambert said. “So I shifted my focus to retention and what I could do in a leadership position in this ERG to help members of the ERG, and also Black employees in general, stay at the organization.”

2. Find Out What Other ERGs Are Doing

ERG leaders spend a great deal of time finding solutions to problems that members of their own group face in the workplace. However, Lambert says that in order to be truly successful, it’s also important to step outside of your box and find out what’s going on with the employee resource groups that represent other communities. For him, this was a way to open his mind to other experiences that could help him understand his own experience better and make him a more effective leader.

“I identify as a Black man, so a lot of my ERG experience was very heavily related to just being Black. But I wanted to learn. I say this all the time, but being Black, there's still things we don't know, there's a lot of things we can imagine just by our own experience, but I didn't want to only go off my imagination,” he said. “I wanted to go off firsthand accounts, really becoming an ally as a Black person to other communities by getting involved with the Hispanic ERG, the women's ERG, the Pride ERG, the abilities ERG, and the veterans ERG.”

As an ERG leader, you probably have a certain vision of what you want to accomplish in that role. That’s great, but you have to also make sure that you’re meeting the needs of your members—and you have to find out these needs by asking them directly.

To hear more about Lambert’s experience in the D&I field and his views on being effective in this space, listen to this week’s “Untapped” podcast.