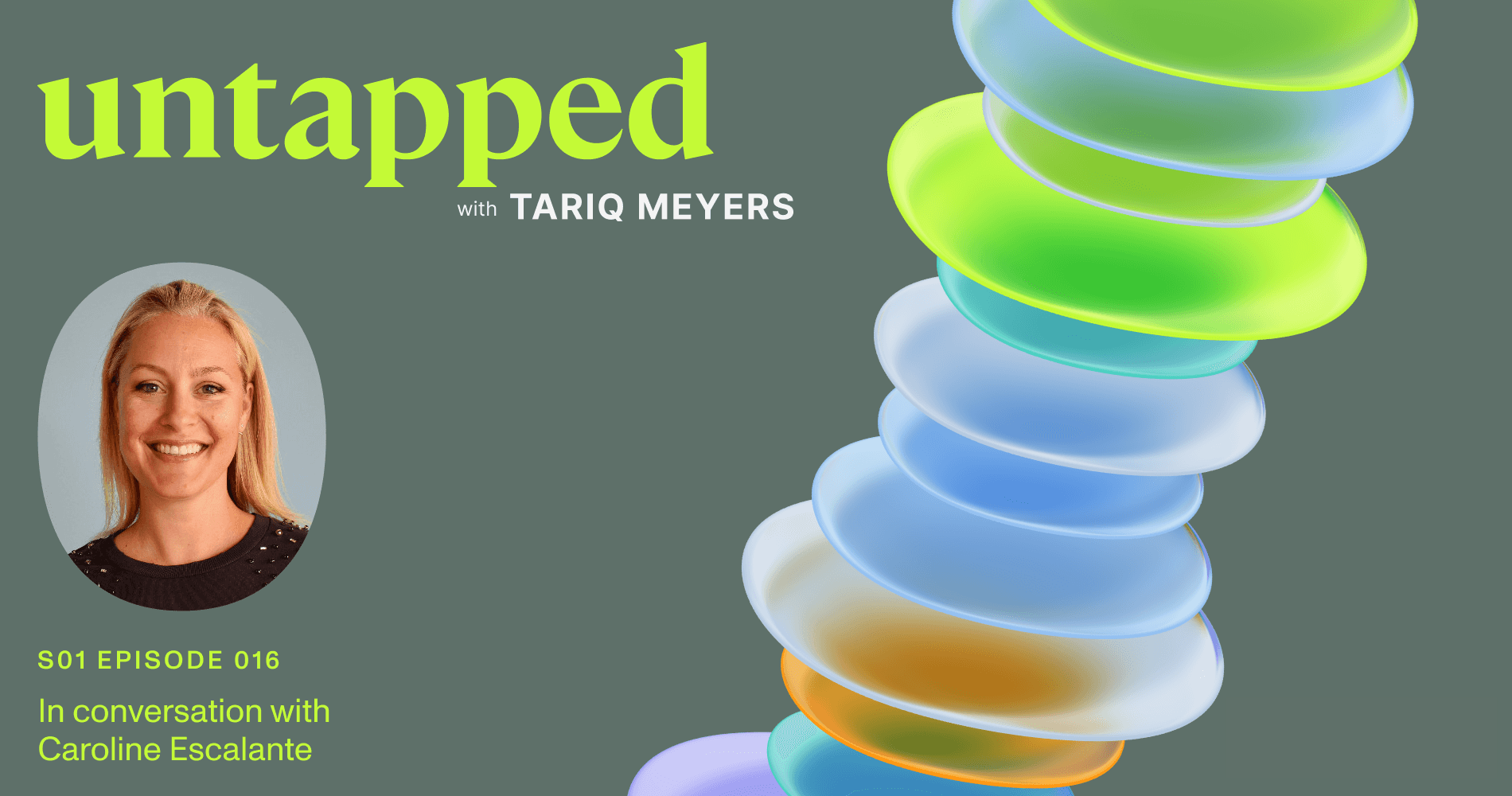 It is not uncommon for professionals in the DE&I space to say that they didn’t go looking to do this work—the work found them in some way and they answered the call. For Caroline Escalante, VP of People Operations at Headspace, the work literally found her in the middle of a job interview in the form of an impromptu question.

“I remember being interviewed by this recruiter at an agency and we hit it off. We sidestepped the role and they said, ‘Hey, we’re going to present you to this company, but would you ever consider recruiting?’ I said, ‘Oh, I love this idea,’” Caroline explained. “They said, ‘Well, we need somebody to come in and hire creatives and talent.’ And I have an art background and was like, ‘Oh, this is great. I can marry my life, and organize my business side with portfolios and creativity.’ So I just took the leap.”

From there, Caroline made another leap from the talent space to the people space. In this week’s episode of the “Untapped” podcast, Caroline explains to host Tariq Meyers the observations she has made over the years on how professionals can bring humanity into the work they do as they create opportunities for underrepresented talent.

Caroline is a strong believer in cognitive recruiting, where a recruiter pays close attention to the people they’re interacting with and takes their experience into consideration. One example of this is when a candidate was well-qualified for the position he was interviewing for, but he was experiencing imposter syndrome that convinced him that he wasn’t. Caroline’s recruiter didn't want the candidate to miss out on a great opportunity, so they became an advocate to guide the candidate through the process and help him build up his confidence.

“It was clear imposter syndrome. He was like, ‘There is no way.’ But the recruiter picked up on that and was just like, ‘Hey, let me be your advocate, let me talk to you about this.’ The candidate felt a support system and he ended up getting the job,” said Caroline. “It was not a question to us; it was just him that we had to convince.”

Although Caroline is a huge supporter of organizations having a diversity leader and team that steer the company in the right direction toward its goals, she also believes that diversity and inclusion is an all-hands-on-deck affair that everyone should have some responsibility for. This way, the entire company's goals do not just fall on the shoulders of the D&I team.

“I am a huge proponent of diversity being owned by everyone, but you also need a team pushing it forward,” she said. “The danger that happens is when you build a diversity team, the leader and the team have all these initiatives, just like you have with a recruiting team and an HR team. But for some reason with diversity, it becomes that team's problem, and they have to influence everybody at the company that doesn't report to them.”

While it’s important for every member of an organization to be productive, Caroline believes that this is not possible unless people make wellness a priority and give themselves the opportunity to physically and mentally reset when needed.

When Caroline talks about the work she does, she describes it this way: “I love the front side of the house; I love bringing in talent and changing somebody's life, connecting them.” By bringing a sense of humanity to the work, it only enhances her ability to change lives and connect great talent with the opportunities they deserve.