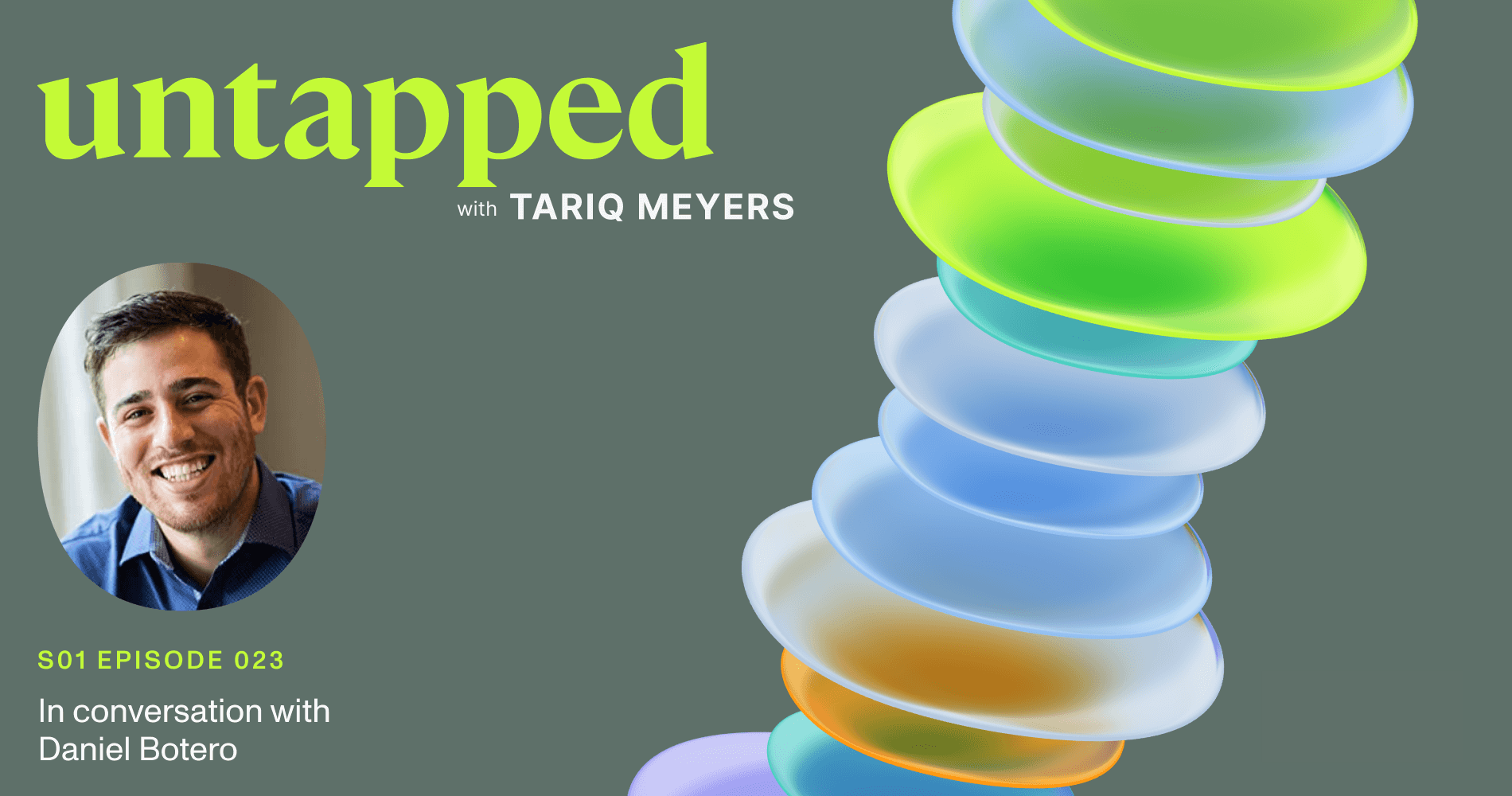 As a first-generation college graduate himself who came to the United States from Columbia as a child, Daniel Botero understands the challenges these students face as they navigate an environment that is unfamiliar to anyone in their families. As an experienced recruiter who spent years working at PepsiCo, Daniel also understands the challenges companies face in trying to find new ways of reaching first-gen early career candidates. In order to address both sides of this issue, Daniel founded Mastering College To Career, which provides mentoring to first-generation minority and international students to help them land the jobs they want and help companies get the talent they need.

“There is a two-sided problem: One is to find and recruit those individuals and on the other side, these individuals don't know how to make themselves visible to companies,” Daniel said.

In this week’s episode of “Untapped,” Daniel explains ways that companies can rethink how they recruit first-generation early career candidates in order to solve the problem on both the recruitment and the candidate sides of the coin.

Daniel says that one of his major concerns about getting his first internship as a sophomore in college was the bottom line: making money versus getting the experience he needed to thrive in his career. This is a common problem among first-gen students who often have to work their way through college and need to choose between leaving a job that pays and getting career experience at an internship that may not.

“A lot of first-generation, low-income minority students have to work their way through college and they cannot afford doing an internship or have the uncertainty of ‘if I leave my job for six months, would I still have it when I come back from this internship,” said Daniel. “Those are the things that need to be talked through as a student that's saying, ‘Okay, can I have these conversations with my manager and say, hey, I'll be back after summer. I just need to gain some experience.’”

To address this problem, Daniel believes companies should rethink internships, as well as internship requirements for new hires, to create more equity for these students.

“As a company, are you allowing the internship to continue past the summer? Is there a way that students can do some part-time work, maybe not 40 hours, but maybe 20 hours a week? Make it pay,” said Daniel. “And understanding also a lot of those work experiences that they're doing are actually amazing experience. So if you're a company that is requiring people to have two to three internships, are you taking those working at Walmart as an internship, or do you not count that as an internship? I think those are some questions that you need to ask yourself.”

When first-gen graduates do land their first job after college, a problem that Daniel finds is they have no idea where the position will lead. To help nurture this talent, and increase the chances of retainment, Daniel says it’s important for companies to provide a clear career path to follow so workers know exactly where they can go in the organization, and what steps they need to take to get there.

“I take myself as an example. I'm very goal-oriented. Going into PepsiCo, there was no transparency in what the career path could look like. Not that this is guaranteed to you, but show me a map and say, ‘Hey, if you're with the company for five years, this is what the pay range will look like,’” Daniel said. “I didn't know that until four or five years into the company. It should not be that far out. You should be telling us what it looks like and say, ‘Hey, this is what your career can look like. And here's what you need to do to get there.’”

In addition, Daniel says it’s helpful for early career talent to see others from their own background in a position they can strive to work toward, so they know growth is possible for them.

“Seeing people like me being there also makes me believe that I can do it,” he said. “If you show me examples, but none of those people look like me, I'm going to be like, ‘Yeah, sure. They did it, but I can't relate. I just can't relate.’ So not only showing me how to do it, but giving me examples and allowing me to connect with them and hear their story and how they did it.”

For more of Daniel’s insights on the unique journeys of first-generation college graduates and the companies that want to recruit them, listen to this week’s episode of “Untapped.” Every week, our Chief People Officer Tariq Meyers has frank conversations with D&I leaders about ways to reach and nurture untapped talent.