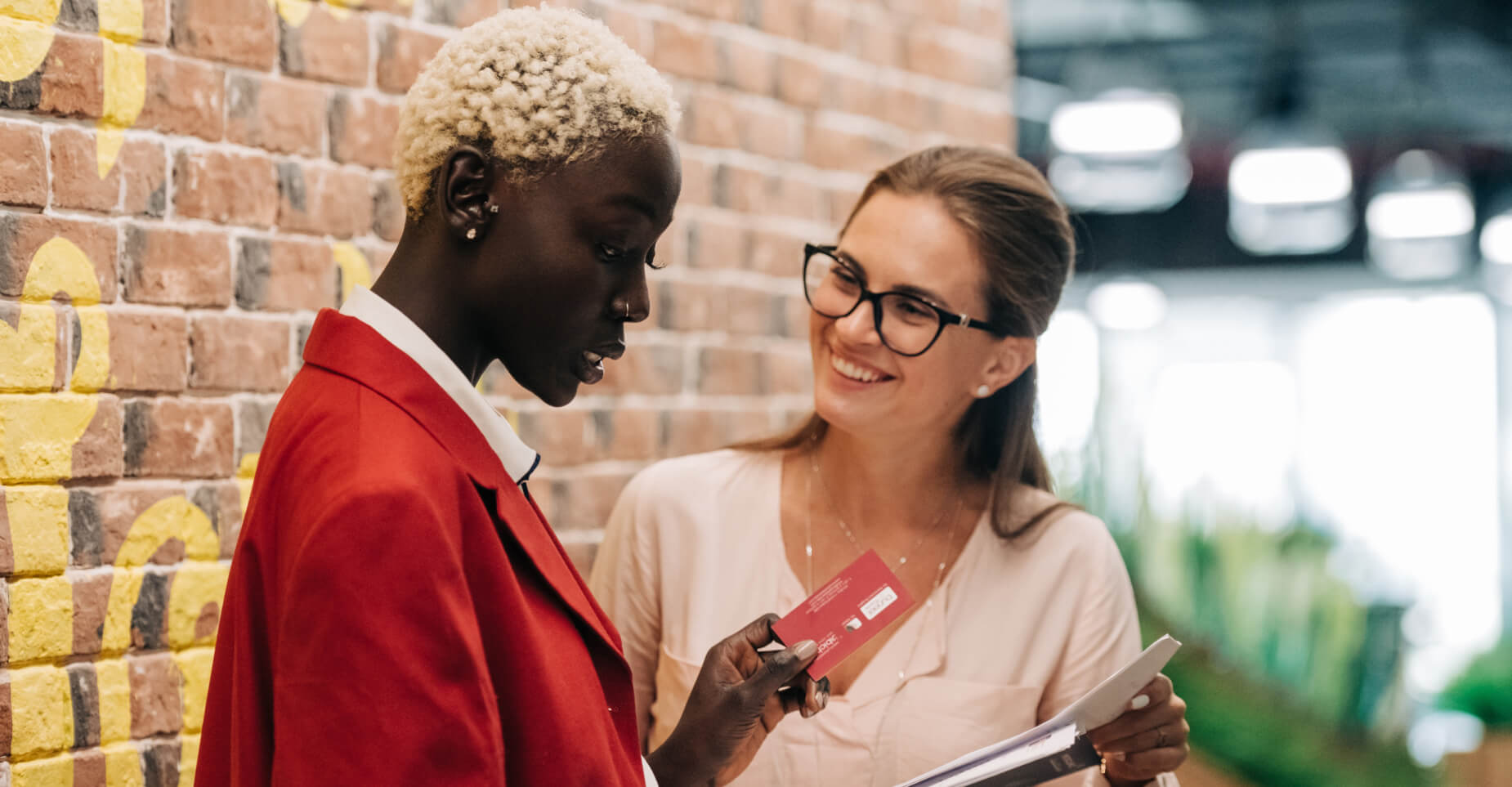 We know that diversity and inclusion go hand in hand, but when you’re formulating D&I strategies and policies, have you thought about the language your organization uses when communicating with candidates? Inclusive language can help make your messaging appealing to untapped communities during the recruiting process—which goes a long way toward attracting the kinds of employees you want and creating an environment where they can thrive, thus increasing your chances of retaining them. Continue reading for information on how you can incorporate inclusive language into your company culture, and create an inclusive language guide that all employees can use.

What Is Inclusive Language?

Inclusive language is language that avoids biases based on several factors, including gender identity, culture, ability, race, and socioeconomic status. From marketing materials to recruiting pages on a company’s website to emails sent in an organization every day, it’s important to use inclusive language to create an environment that embraces diversity and strives to make everyone feel comfortable.

Build a Conscious Style Guide for Your Recruiting Team

Having an inclusive language guide, also known as a conscious style guide, can help you frame your messaging in a way that makes it easier to illustrate to talent that your workplace values diversity and inclusion. In addition to getting these candidates into your hiring funnel, inclusive language helps in the way you communicate with workers from underrepresented communities after your organization has hired them. The following are some things to consider when creating a conscious style guide, which should include a discrimination vocabulary list so employees know what terms to avoid.

Generally, race and ethnicity should not be discussed unless it’s relevant. Also, it’s important to understand the difference between race and ethnicity. Race refers to the physical characteristics that someone is born with, while ethnicity describes the shared culture a person comes from, which includes the language, practices, and beliefs of that group.

If it’s necessary to speak about an individual’s race or ethnicity, be sure to ask them what they prefer to be called. Remember that no group is a monolith, so not every single person is going to agree on what their preferences are, and you need to value the individual as much as the group. Also, it’s a good idea to ask these questions because you don’t want to make assumptions about what someone’s identity is. For example, someone may be Arab, but not a Muslim.

Just as with ethnicity and race, sexuality and gender should not be used in communication unless it’s necessary. It’s also important to understand the difference between gender and sex. Sex refers to a person’s physical characteristics, and gender refers to someone’s social identity. To be inclusive in this area, language should be as gender neutral as possible. For example, when talking about someone whose gender you’re unsure of or a hypothetical person, use “they” rather than “he” or “she.” Otherwise, it’s a good idea to find out someone’s pronouns so you don’t make any assumptions.

Sexuality refers to someone’s romantic and sexual attraction, irrespective of their sex or gender. It’s also important not to make assumptions about someone’s sexuality, so be sure to ask before referencing it.

Remember that just because someone shares information about their pronouns or sexuality with you doesn’t mean they want it known to everyone. Be sensitive that these are very personal issues, so don’t discuss what you’ve been told with others without permission.

Ageism can be experienced by both older and younger individuals, so derogatory terms about any person’s age should be avoided.

There are a wide range of disabilities that someone may be living with—from physical to emotional to mental to intellectual—and it’s always important to reference someone as an individual first and not make their condition their defining characteristic. Also, be sure to educate yourself about someone’s condition as much as possible so you can write about it in an accurate and sensitive manner.

An inclusive culture is important for the health of your organization. Part of the foundation of inclusion is the language that you use—even before you have direct contact with potential hires. To ensure that you are able to meet your diversity recruitment goals and retain workers from underserved communities, it’s important to learn the language of inclusion and encourage everyone in your organization to use it.