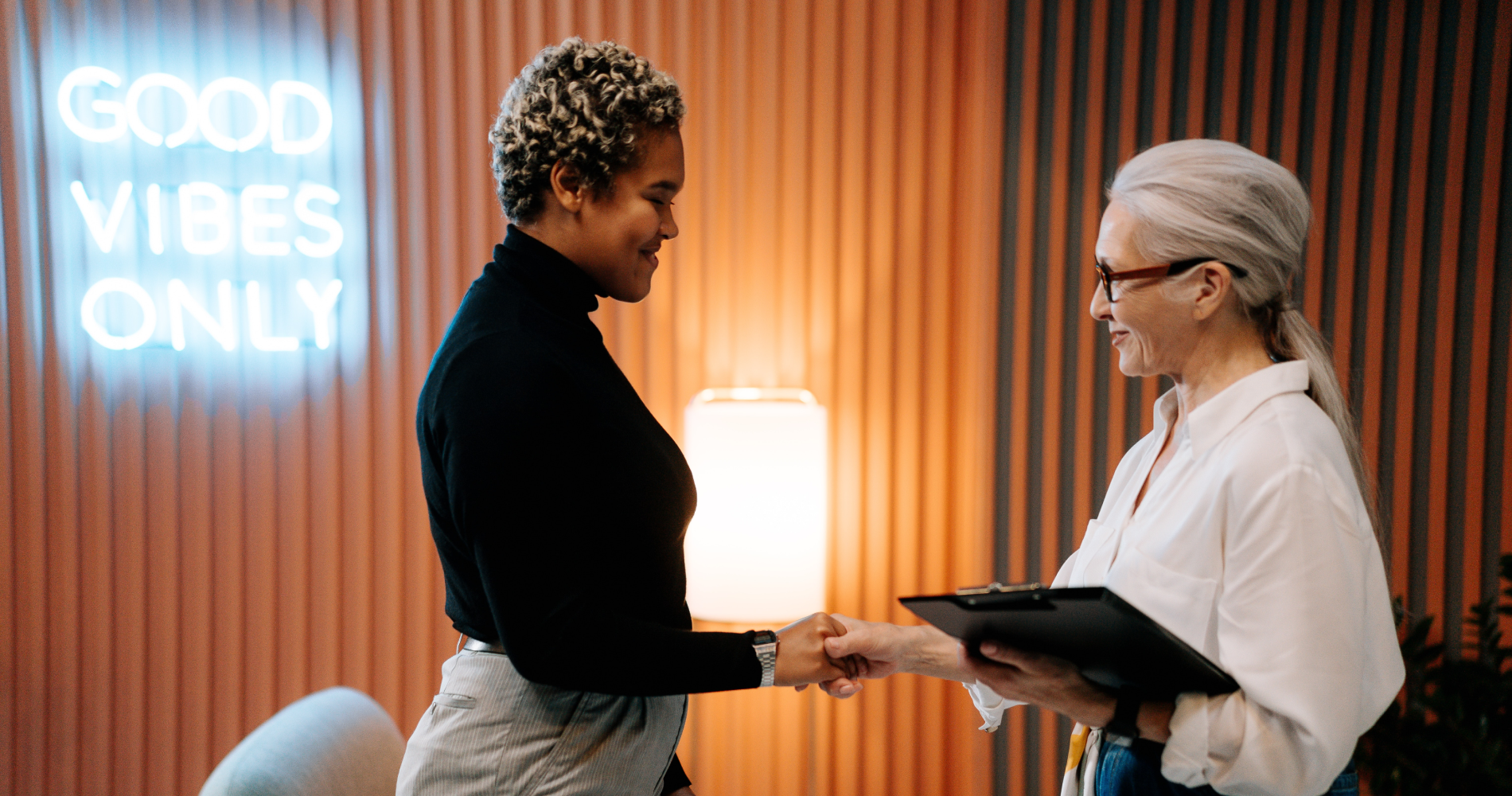 Diversity recruiting can benefit your organization in numerous ways. More diverse companies are more likely to have happier, more productive employees who will stay at an organization longer than they would in a less diverse environment. In addition, diversity in recruitment can translate into increased innovation and revenues because D&I is something that talent and consumers alike value, and they seek out organizations that also share this value. In order to enjoy these benefits, effective diversity hiring is imperative. Continue reading to find out the importance of understanding diversity in the workplace, as well as diversity recruiting strategies to help increase representation of different groups.

What Is Diversity Recruiting?

Diversity recruiting is the strategy of removing barriers from hiring that have prevented certain groups from getting equal opportunities. Whether they’re subjected to bias based on race, sexual orientation, age, disability status, or gender, diversity in recruitment seeks to correct the effects of conscious and unconscious bias by creating a level playing field where everyone gets the opportunity to land a position they’re qualified for. During the diversity hiring process, recruiters evaluate the representation of different groups in their workforce to actively seek out candidates from underserved backgrounds, which increases the diversity of their staff and signals to the community that they care about diversity and inclusion.

What Are the Different Types of Diversity?

Race. This is probably the most obvious category that recruiters think about in their diversity hiring because it's a type you can see, as it's based on physical characteristics, such as skin color and hair texture. This is often thought about first when companies seek to make their workplaces more diverse because racial discrimination has precluded people in underserved populations from getting opportunities in the workplace.

Culture. Although culture can be linked to race, it actually refers to a group of people who share the same values and norms that are passed on from person to person through their families and communities. While race refers to physical characteristics, culture is a reflection of how people live their daily lives—from the language they speak to the foods they eat to how they view the world. This type of diversity is especially important for companies that operate in multiple countries, as well as those located in areas of the United States with underrepresented populations.

Gender. Companies often view gender diversity as the degree to which they bring women into their organization. Although that’s certainly part of it, in order to follow diversity recruiting best practices, organizations should acknowledge all genders. Remember that gender diversity is not a duality: With more and more people coming out as transgender and non-binary, you can’t afford to make assumptions about people’s gender identity.

Sexual orientation. While sexual orientation diversity may not at first blush seem important, imagine going to work and not being able to do something as simple as putting a picture of your significant other on your desk or wearing your wedding ring to work out of fear of discrimination and retaliation. This is the reality for members of LGBTQIA+ communities, and as a result, research from Glassdoor has found that 53 percent of these workers have experienced or witnessed prejudice against their communities in the workplace, which has caused 43 percent to hide their identity while on the job. Since 70 percent of this talent will not even consider applying for a job at a company that doesn’t support LGBTQIA+ communities, focusing on sexual orientation diversity will help ensure you don't alienate great talent.

Age. Since we have a multigenerational workplace with people from the Baby Boomer generation all the way down to Generation Z, age and generation diversity are becoming increasingly important for recruiters to focus on because discrimination can be levied against both older and younger workers. Remember that heavily relying on experience can be discriminatory against younger workers, while focusing most of your hiring on college recruiting campaigns can exclude older talent.

Religion. It's not talked about as much, but religious discrimination in the workplace is very much a problem. In an experiment where almost 10,000 resumes were sent out with half including religious affiliation and half without it, researchers found that the batch without religious affiliation mentioned received 20 percent more positive responses from employers than those that did include religion. This illustrates that recruiters need to be mindful of their biases towards different religious groups when hiring, but also companies should be inclusive toward employees who need certain accommodations in order to practice their faith, such as days off for religious observances and the ability to wear religious symbols or to pray at work.

Socioeconomic status. People on different financial levels have something valuable to contribute to an organization, as they’re a reflection of local communities and the people companies want to attract to their products and services. This makes socioeconomic status an important diversity recruiting category to be aware of. People’s socioeconomic status plays a huge role in their worldview, so in order to have more untapped voices in the room, you should make it a point to represent people from different financial backgrounds in your workforce.

Education. Many employers are wedded to the idea that their candidates need a degree from a certain type of college or university, or a high-level degree that may not be relevant for a specific position. If your company requires a master's degree for an entry-level job, you're likely alienating a lot of talent with the skills you want. Education diversity means evaluating these requirements to determine if they're really necessary. Many people who didn't attend an Ivy League school have the exact same skills and knowledge you need for a position, and in some cases, completing a degree may not be needed for a job at all. To make your workplace more diverse, consider removing education barriers that are not essential for certain job openings.

Military service. Veterans come into the civilian workforce with a wealth of knowledge and skills they gained during their time in the military, however, that doesn't always translate into having access to opportunities after retirement. According to the U.S. Department of Labor, 200,000 servicemembers transition into civilian life annually, and many of them are unemployed—making this population a significant source of untapped talent recruiters should not ignore. 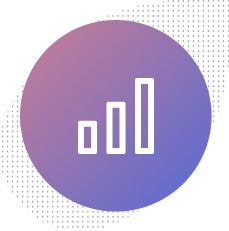 If you have a diversity recruitment plan in place, that's a great start for boosting your diversity hiring. However, you need to follow diversity recruiting best practices for your plan to be successful. There are several mistakes recruiters can make that may derail their plans and keep their goals out of reach. The following are some common diversity recruiting mistakes you should strive to avoid.

The data mistake. Diversity data can be an important tool that guides where your hiring should be directed. But you can only create this roadmap if you utilize data correctly. If you're tracking diversity information, it would be a mistake to collect and analyze all the data under the sun, much of which may not be relevant to your workplace. To get the most out of your diversity data, analyze which groups are represented in your workforce, as well as how long they tend to stay employed there and why they leave when they do. Also, during your diversity hiring, keep track of the demographics of candidates in every stage of the hiring funnel, and examine why certain groups may leave at certain points.

The inclusion mistake. Diversity hiring is great, but it must go hand-in-hand with inclusion in your workplace. It is a mistake to decouple these principles and only focus on bringing in different underrepresented groups, while ignoring the extent to which they're included once they get there. The level of diversity your organization has may be helpful in getting employees in the door, however, if they’re not treated well after they’re hired, you’ll have a hard time with retention. In order to avoid high attrition rates among underserved groups, create a culture of inclusion so all employees feel welcome and able to bring their authentic selves to work without fear.

The job requirements mistake. If you're expecting all candidates to have a laundry list of qualifications to be considered for a position, this mistake can sabotage your diversity recruiting goals. Unless having a certain number of years of experience, a specific degree or certification, or particular past job titles is directly relevant to the position at hand, reconsider the qualifications you're asking for. Oftentimes focusing on these types of qualities will turn off people from historically underserved groups who actually do have the skill sets needed to do the job.

The language mistake. When creating job ads, use inclusive language to ensure that candidates from underrepresented backgrounds feel comfortable applying for positions. If you make the mistake of not using inclusive language in job posts, you may unintentionally communicate to potential candidates that you're not interested in considering them. Language that is gendered, racially insensitive, or ableist can be a signal to the candidates you actually want to hire that they're not welcome at your organization.

The interview mistake. Recruiters may take it for granted that job candidates can come into the office during business hours for an interview. However, this mistake may inadvertently cause candidates from untapped groups to drop out of your hiring funnel. Many people from underrepresented communities work multiple jobs to make ends meet, so in-person interviews held from 9 to 5 may not be an option for them. To avoid this mistake, be more flexible by allowing candidates to interview virtually during evenings or weekends if necessary.

The branding mistake. Ignoring your employer brand is a mistake that can make it difficult to get excellent talent into your hiring funnel. If you're promoting diversity, equity, and inclusion in your workplace, you have to let the outside world know so potential candidates see that your organization is the type of place they want to work. To avoid the branding mistake, publish your diversity data, promote testimonials from current employees from different backgrounds, and make it clear that you want to provide opportunities for people from underserved groups.

The limited diversity mistake. If you think targeting people from different racial groups is all you need to do to accomplish diversity in hiring, think again. Limiting diversity to just race will cause your workforce to have limited diversity. A truly diverse organization represents people from all walks of life, so consider candidates from different diversity categories—such as gender, socioeconomic status, sexual orientation, and veteran status—during your diversity recruiting to bring in quality talent that will make your company more well-rounded.